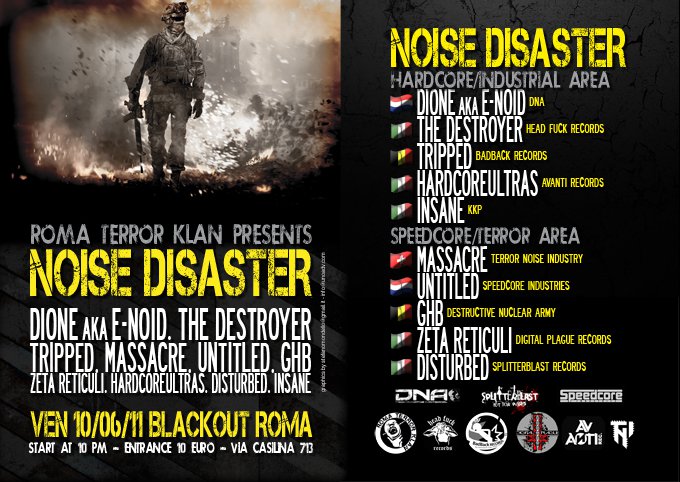 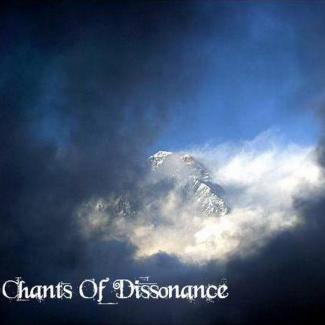 SMACK007: The Untitled - Chants Of Dissonance

6 Tunes Classical versus Speedcore.
Available in the Releases section. 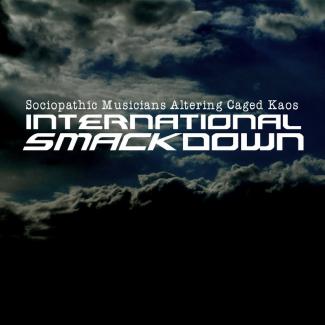 Yes finally some new stuff here from the Sociapathic Musicians who are Altering Caged Kaos.
It took some time but we're back with a new International Smackdown, this time a more ambient, breakbeat, drum'n bass, industrial orientated release. -Easy listening-
Check the Releases.

But there is more...

For the SMACK Mixes this time an outraging speedcore mix.
This is a recording of a live act done by The Untitled, using Abelton Live and several midi-controllers.
Broadcasted in Infared's radioshow on Hardcoreunited.co.uk Radio on the 17th of October.
And performed by The Untitled at Northern Rebels Alliance, Iduna Drachten.
Check the Mixes. 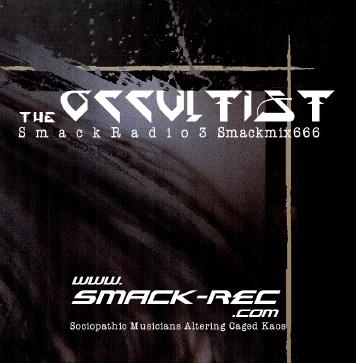 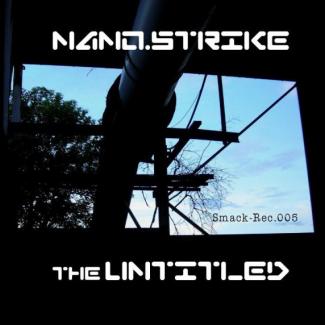 Finally, after a few months of (re-) organising, restyling of the website, producing, mixing etc.
We're making one hell of a comeback.
As you can read in the update of 20-03-07 we planned to do a release with foreign producers. This took some time to find good material for the release, and getting in touch with the guys who produced it.
But with the smack-rec website coming online again after a huge restyle, we thought it would be a great idea to launch the next release of smack records as well as a new smackmix with it; 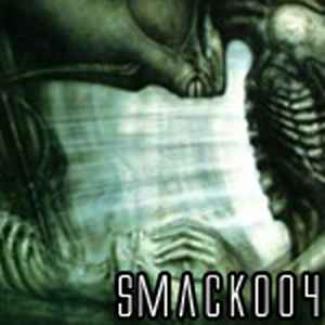 Smack Radio returns to make a statement that it's boring to watch or hear a dj who just plays one record after another.
Mixed, juggled, stabbed, flared and transformed by The Occultist. Check the mixes section.

That's all for now, check the releases for the smack004 and the mixes for The Occultist's smackmix005!

The website has now been updated. The site didn’t offer a lot of info like some tracklists of the Smack-mixes and confirming or denying rumours about the label and it’s upcoming releases. But because of the label doing well, we felt it’s well worth to add this kind of information.

We received a lot of demo’s from our listeners since we started Smack.
We listened to some interesting stuff and received even more trash.
Plans for Smack Rec. 004 is to compile a release with productions from foreign artists.

Why? Because we get international attention and really liked some of the stuff we heard which was produced by people from abroad.
So, Smack Rec. 004 may contain some tracks from Belgium, France and Russia. Also, Infared from the UK has given point of interest for remixing some tracks from Smack Rec. 001 and 003.

Although we encouraged people to send demo’s of their own, let’s get one thing straight: We are NOT a renoise (or fruity loops) helpdesk, so fuck off and figger it out yourself you bunch of asswhipes, we did it ourselves too you known. Thank you.

Also, there is no such thing as a Smack Rec. mailinglist.
Just check the site on regular base for updates.

To deny another rumour: Our music may be extreme but we’re not extremists in any political or other kind of way.In this world of corruption, fucked up society and industrial warfare it pleases us if people can express themselves and unite by listening to our music in the same way as we express ourselves by producing and performing hard music. Although, even if nobody gave a fuck we would still be doing our shit for ourselves. Therefore, it is hardcore from the heart, whether it’s breakcore, drum ‘n bass, hiphop, speedcore or whatever. 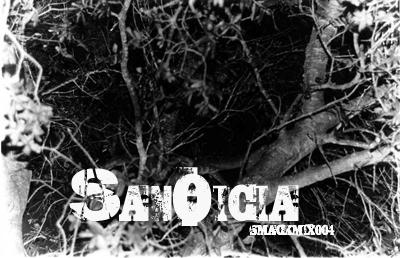 Tracks released by Smack Rec. can more often be found in downloadable mixes through the internet.
For instance, some tracks by The Occultist and The Untitled are used in mixes done by several artists like Mike-L, Infared and Mister Joker.

Note: If anyone would like to use our tracks,
feel free to contact us for receiving wave files instead of mp3 files.
Check the Contact section. You know the drill don't cha? Fuck Copyright, mp3/wav or whatever kind of shit spreading encouraged! 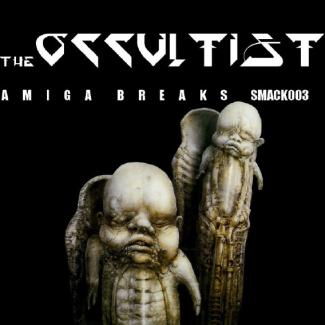 The first solo release is out now and offers 6 tracks in the styles breakbeat, drum ‘n bass, hiphop, experimental, speedcore and breakcore in this particular order.
It earns it’s title because of the many Amiga sounds and samples being used.
Like some of you may have noticed, Painetration sometimes uses 8 bit Nintendo sounds and
The Occultist has the same feelings of nostalgia for the good old Commodore Amiga.
Hexidecimal has that typical Bloody Fist sound and the vocals used in
The Chaos Engine and Sector One are taken from Amiga videogames.
The Occultist produces what he produces best and that’s sample-based music.
Which is why the first solo release is done by him instead of the more vst(i)-using Smack producers,
trying to build up the sound quality during the (solo) releases.
Check the Releases section. 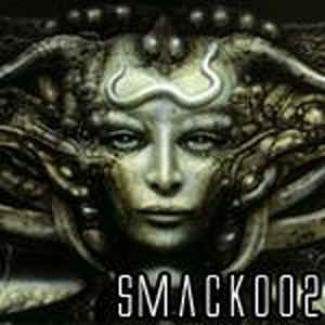 Finally, the second Smack Rec. release is out now and like the first one it contains 4 tracks.
The Untitled, The Occultist and Painetration aimed for a more frenchcore-style release this time.
And it starts of with an breakcore orientated track done by Arkoff.
Check the Releases section. 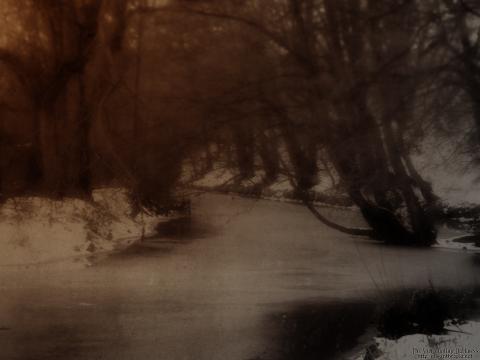 Added a mix done by The Untitled which contains half an hour of drum ‘n bass.
A tracklist is missing, but there are several tunes in it of DJ Hidden, Paul Blackout, Limewax and more..
Check the Mixes section. 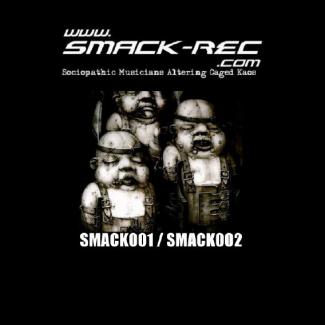 The first free downloadable release on www.smack-rec.com hits the internet, featuring metalcore-style tracks by The Untitled, The Occultist and Painetration.

It also contains a track by D-Zire.

Plans by The Untitled, The Occultist and Painetration (all three from the Netherlands)
to work on an independent, non-commercial netlabel are being realized.

Added a mix done by The Occultist 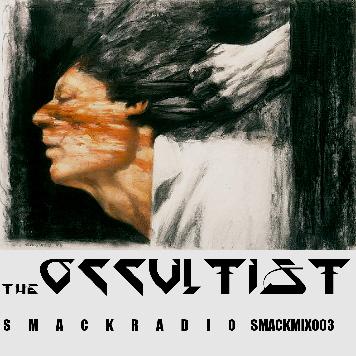 Tune into Smack Radio with this vinylset, building up from breaks to speedcore.
Featuring some scratching and turntable tricks.
Recorded december 2006 @ Cult's place.
Check the Mixes section.

Meanwhile, Smack Records has been added to and accepted
by the biggest discography archive on the internet, www.discogs.com ,
which is very nice for a netlabel which only provides free downloadable mp3’s.
Thanks to those who added our shit and to Discogs for the support.
Check www.discogs.com/label/Smack+Rec .